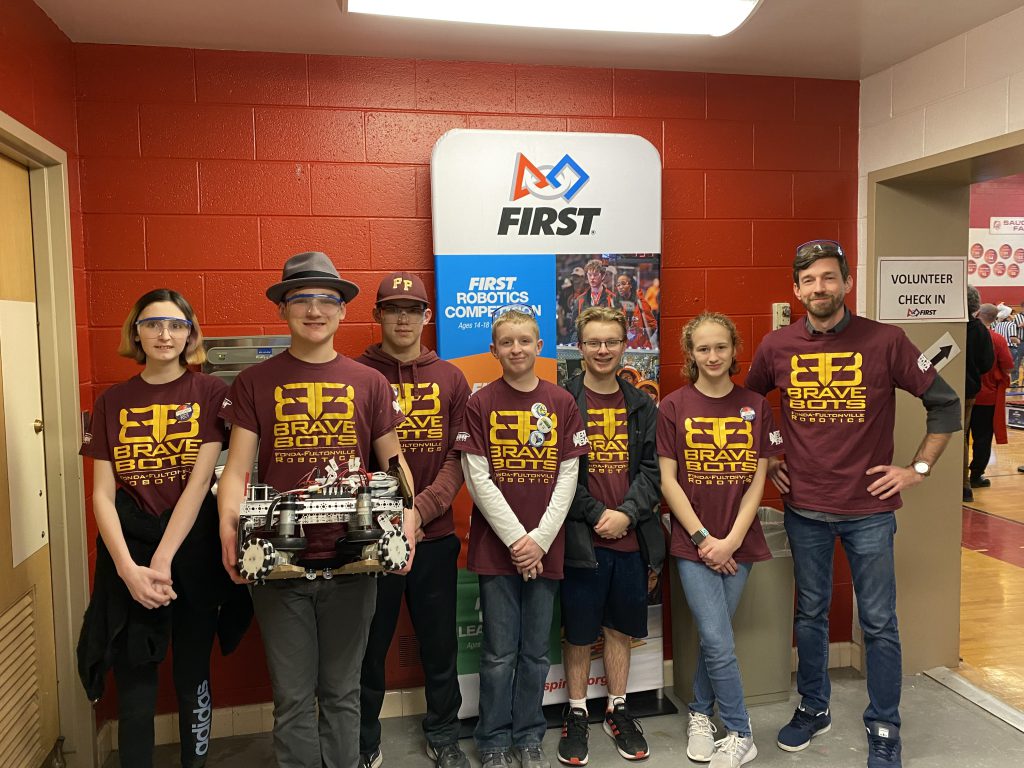 Congratulations to the Brave Bots! Fonda-Fultonville’s robotics club earned first place at the Excelsior Region’s FIRST Tech Challenge competition held in Sauquoit in early February. Their success clinched them a spot at the regional championships in Utica on March 14. They will compete against teams from all across New York State.

FIRST Tech Challenge is a nationwide organization. Teams are challenged to design, build, program and operate robots to compete in head-to-head challenges in an alliance format. Students develop STEM skills and practice engineering principles, while realizing the value of hard work, innovation and teamwork.

In Sauquoit, the Brave Bots worked with two other teams on an alliance that took first place out of 28 teams. The Brave Bots also won third place in the Motivate Award category. The award celebrates the team that exemplifies team spirit and enthusiasm.