Students in Katie Briggs’ fourth grade class recently learned they had a lot more in common than they originally thought. They worked together in groups to build card towers as an ice-breaker activity on the first day of school. Before they could add cards to their towers, each group had to agree on something they all liked.

“For example, everyone in my group said they liked watermelon,” student Arianna Steiger said.

The winning group that made the tallest tower included students Garrett Coon, Avery Fayett and Jake Zumbolo. But really, the whole class benefited from connecting and learning more about one another! 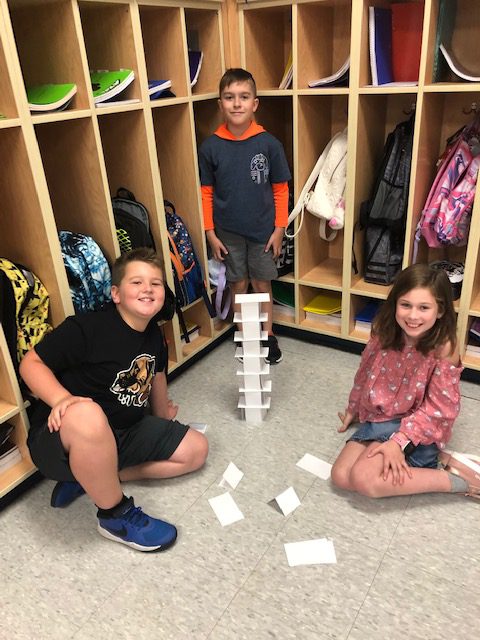