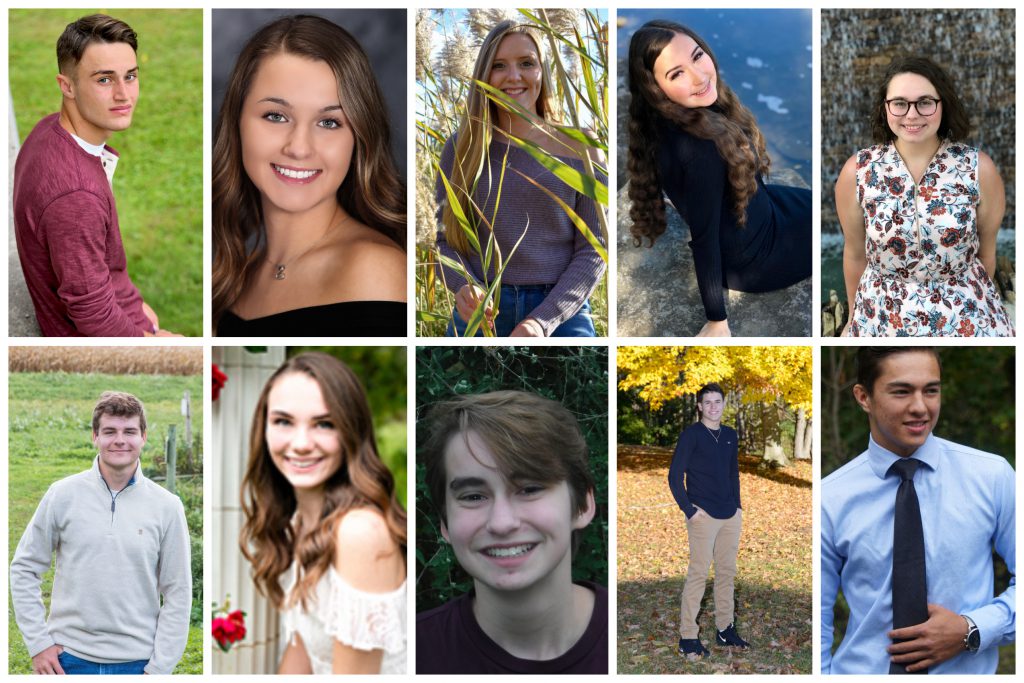 The Fonda-Fultonville Central School District is proud to announce the Top 10 students of the Class of 2019:

“These ten individuals began a journey over a decade ago that has lead to their current, and future success. At FFCS we pride ourselves on building trustworthy, resilient, empathetic young adults,” Fonda-Fultonville High School Principal Aaron Grady said. “This group is a true representation of our goal. As ‘Braves’ they have proven to be academics, athletes, artists, musicians, active community members and so much more. We look forward to witnessing their future accomplishments and take pride in knowing that they began with us at FFCS.” 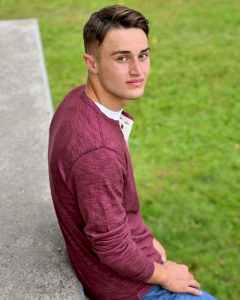 Massimo, the son of David and Michayla DiCaprio and has earned the No. 1 ranking in the Class of 2019.
He is attending the New Visions Health Careers program. He is a member of the Superintendent’s cabinet and Skype Club ambassador. Captain of the Varsity football and Varsity baseball teams. His awards include National Football Foundation and College Hall of Fame Scholar-Athlete, WAC and Class B winner of News Channel 13 Section 2 Basketball Scholar-Athlete, Doug Dickinson Memorial Award for Scholar-Athlete, 2018 NYSHSFCA Class C Scholar-Athlete of the year, National Academy of Future Physicians Medical Scientists Award of Excellence, Bausch and Lomb Honorary Science Award and CASDA student scholar.

Massimo will be attending The University of Notre Dame in the fall. 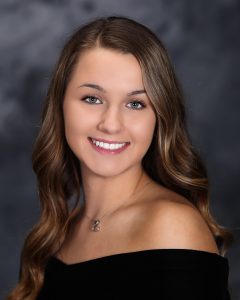 Taylor, the daughter of Jason and Meredith Etherton has earned the No. 2 ranking in the Class of 2019. Taylor is the Treasurer for National Honor Society, Vice President of Student Government and Secretary for the Class of 2019.
Taylor participated in Varsity Volleyball and received awards for Most Improved and Coach’s award. Taylor’s course load consists of the following College in the High School courses Calculus, Pre-Calculus, Spanish IV and V, American History I and II, AP Biology, English I as well as Honors Global History II and Honors Biology. Taylor attends the New Visions Health Careers Program. She has been on Principal’s list every quarter in high school, a scholar athlete, Brave Strong and received awards for Highest Cumulative Average.

Taylor will be attending Stony Brook in the fall. 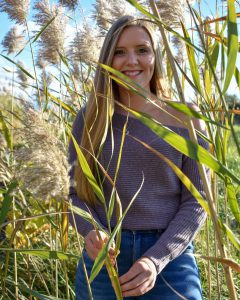 Katilyn, the daughter of Kevin and Donna Hall, is ranked third in the class of 2019. Her course loads included many college in the high school courses like Calculus, English I and II, PIG, US History I and II, Pre-Calculus, along with Honors Biology, Honors Global II and AP Biology. Katilyn is the secretary for National Honor Society, Ambassador for the Skype Club and a member of both the concert band, wind ensemble groups and All County Music. Her awards include Highest CHS Pre-Calculus Average, Highest Chemistry Average as well as Braves Strong and Principal’s List for all 4 of her high school years. She has done community service work for Ayres Animal Shelter, Summer youth program and Biddy Basketball.

Katilyn will be attending Oswego State University in the fall. 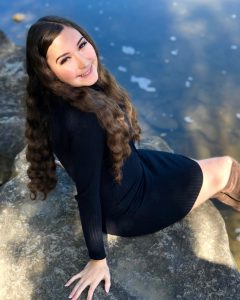 Ashley, the daughter of Chris and Darlene Eaves and is ranked fourth in the class. Ashley participated in concert band, select chorus, wind ensemble, marching band, National Honor Society and Key Club. She has been selected for All County Chorus the past two years. Ashley has chosen an aggressive course load by taking College in the high school courses CHS English, CHS Statistics, CHS Calculus, CHS Participation in Government, CHS Pre-Calculus, CHS Spanish IV and V and CHS American History. Ashley has been on Principal’s List for every quarter of her high school years and a Student of Distinction several times.

Ashley will be attending The College of Saint Rose in the fall. 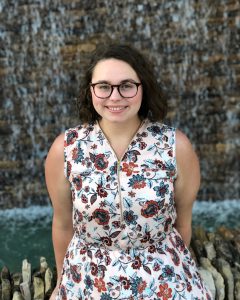 Natalie is the daughter of Kimberly Demitraszek and is ranked fifth in the class. Natalie is a member of National Honor Society and Key Club. Her course load includes Honors Biology and College in the High School classes for: Participation in Government, Calculus, English I and II, Statistics, American History, Pre-Calculus and Spanish. She participates in Wind Ensemble, Concert Band, Marching Band, Girl Scouts and the Varsity Volleyball team. She was also chosen for All County Music. She has made the Principal’s List every quarter in high school and Student of Distinction multiple quarters. Natalie volunteers at Wilkinson’s Nursing Home.

Natalie will be attending Siena college in the fall. 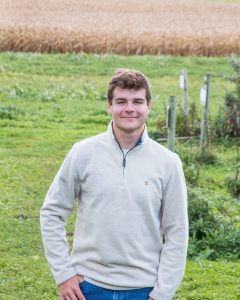 Joshua, the son of Ken and Linda Coyne is ranked sixth in the class. Joshua is a well rounded student involved in National Honor Society, Wind Ensemble, Jazz Ensemble along with a member of the basketball team and a speaking captain for the Varsity Soccer team. His course loads has included Honors Biology and Honors Global History II, College in the High School courses for American History I and II, Spanish IV and V, Pre-Calculus, Statistics, Participation in Government, Calculus, and English I and II. Joshua was chosen for the WAC All-Star team for Soccer 2017 and 2018 and Coach’s award for Soccer in 2016. He attended the Boys State camp at SUNY Morrisville in 2018. Outside of school he is a camp counselor for the FF summer program, member of Saint Cecilia Church and a First Grade Mentor as well as working a part time job at Bellinger’s Apple Orchard.

Joshua will be attending SUNY Oneonta in the fall. 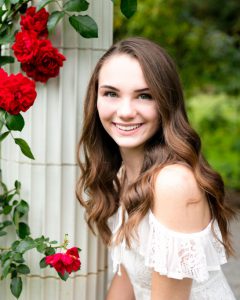 Kaitlyn, the daughter of Kevin and Kristin Marcucio is ranked seventh in the class. Kaitlyn is Vice President of her class and a member of the National Honor Society and Yearbook Club. She is treasurer for the Volleyball team and a member of Indoor and Outdoor Track. Her course load consisted of Honors Biology and Honors Global History II along with the following College in the High School courses: English I and II, Calculus, Participation in Government, Pre-Calculus, Spanish IV and V, American History I and II and AP Biology. Kaitlyn is a Scholar Athlete and on Principal’s List every quarter. She also volunteers at St. Mary’s Hospital.

Kaitlyn will be attending Stony Brook University in the fall. 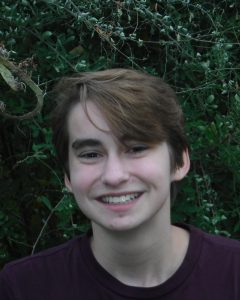 Lauren is the daughter of Robert Etzkorn and ranked eighth in the class. Lauren is a member of the National Honor Society, treasurer of Key Club and a member of wind ensemble, jazz ensemble, marching band and art club. Her course load consists of CHS Calculus, CHS English I and II, CHS Participation in Government, CHS Statistics, CHS US History I and II, CHS Pre-Calculus, CHS Spanish IV and V, AP Biology, Honors Biology, Honors Global History and Accelerated Math. Lauren does community service work at the Frothingham Free Library.

Lauren will be attending SUNY Delhi in the fall. 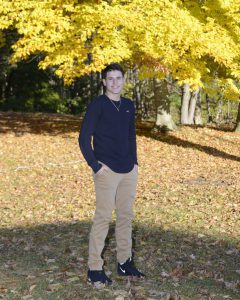 Mitchell is the son of Michael and Carrie Araya and is ranked 9th in the class. He attends the New Vision Career and Health Program. Mitchell is a member of the National Honor Society, Student Government, Skype Club and the President of the Class of 2019. He is a member of the basketball team and captain for the soccer team. He was chosen 2nd team WAC all star goalie and exceptional senior his senior year for basketball. Mitchell has been on Principal’s list for his entire high school career.

Mitchell will be attending Binghamton University in the fall.

Brady is the son of William Myles and is ranked tenth in the class. Brady 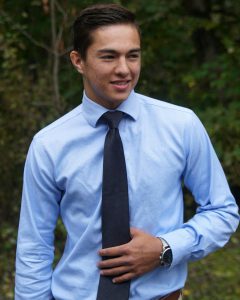 Brady will be attending Fairfield University in the fall.