Home > Archive > Marching into their futures 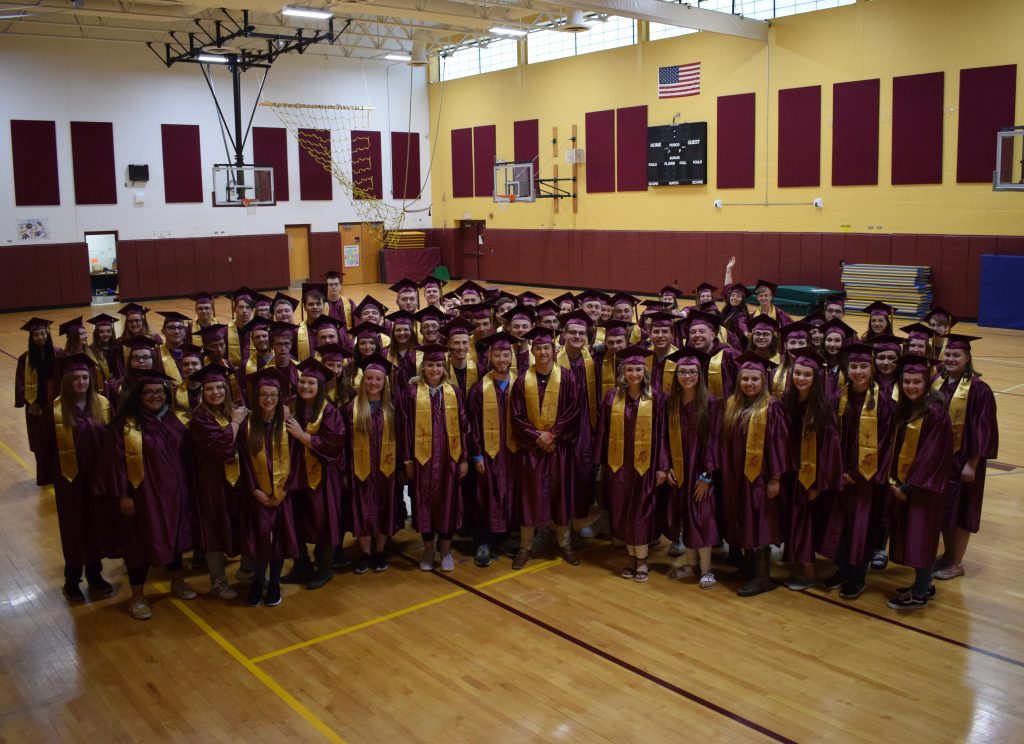 Hugs and tears marked the March of the Braves on June 13 as the Class of 2019 took a stroll down memory lane.

The march started in the Elementary gym and snaked its way through the FFCS school building. Elementary, middle and high school students lined the halls, with some handing out beads and others giving high-fives. 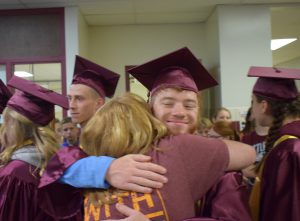 “It was really exciting because our freshman year we got to watch them do this for the first time, and it was just exciting to finally get to do it,” Anderson said.

Anderson noted that she hadn’t seen a lot of her elementary and middle school teachers since she’s been in high school. But was happy to see their familiar faces on the march.

“I was excited to see all of them through the hallways and a lot of them were crying,” she said. 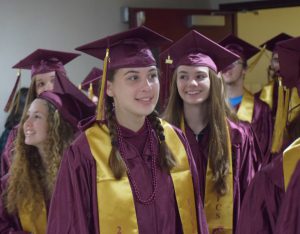 Senior Dylan Hamlen said the march is a great idea but a little bittersweet, especially seeing teachers and students, some for the last time.

“It was sad. We’ve grown up for the last 12 years around them and it’s going to be sad when we leave,” Hamlen said. 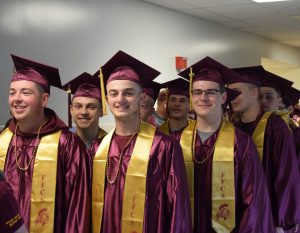 And then of course, there are his brothers in Middle School.

The seniors will make their final walk through FFCS as students on June 29, when they graduate.